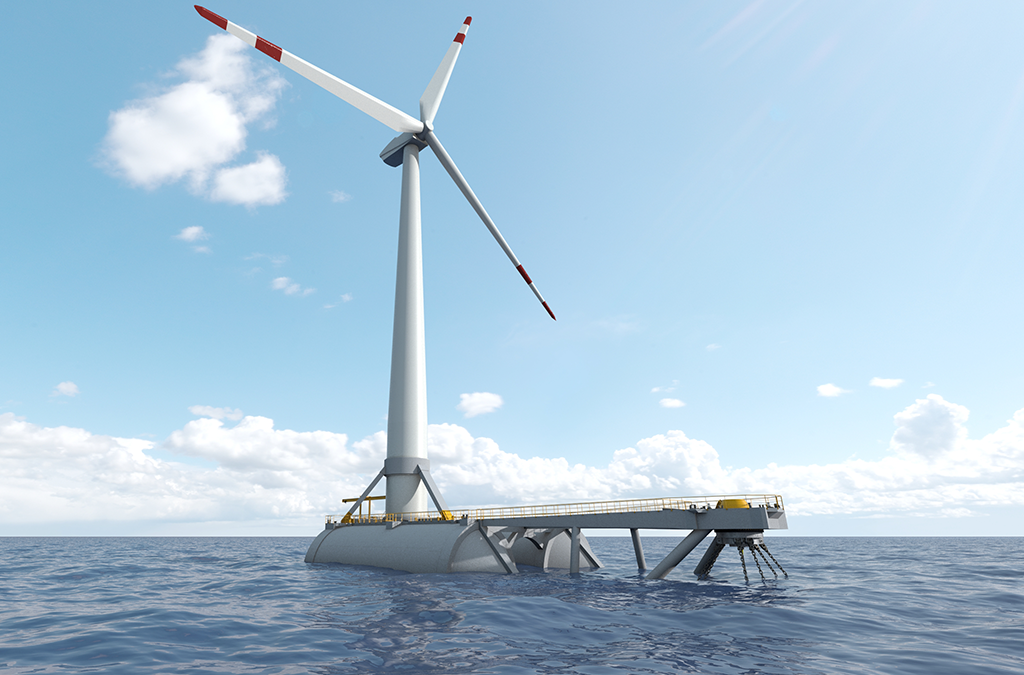 The Project will test the very first floating wind foundation connected to the Spanish grid using SATH Technology and it’s being carried out with the collaboration of RWE Renewables. Marine operations are planned by the end of 2021. Once connected to the grid, DemoSATH is expected to supply electricity to almost 2,000 homes.

With a 2MW wind turbine, the structure, which will be approximately 30 metres wide and approximately 67 meters long, will be assembled in the port of Bilbao. From there, it will be towed to its anchorage point in BiMEP, 2 miles off the coast where the sea is about 85 metres deep.

BiMEP is a public company established in 2011 for the development, construction, operation, maintenance and management of an open sea testing centre. Owned by Basque Energy Agency, EVE (75%) and Spanish Ministry for Ecological Transition and The Demographic Challenge through the Institute for Diversification and Energy Savings, IDAE (25%).

Luis González-Pinto, Chief Operations Officer of Saitec Offshore Technologies has said: “This real-scale demonstrator is a massive step for us. A major milestone that could be considered as one of the most challenging gates to go through in order to achieve commercialization. As if this was not enough, we have the chance to develop this project in our homeland using BiMEP testing area. Basque Country has a very active industry on the offshore wind sector, and we think that this project could become the spearhead for Basque floating wind sector”.

David Carrascosa, Chief Technical Officer of Saitec Offshore Technologies, has declared: “DemoSATH Project will not only focus on technological validation, it will also prove the local content potential of SATH’s manufacturing as a result of the combination of both civil construction and offshore supply chains. We estimate that at least 70% of the contracting budget will be awarded to local industry”.

Main aim is to analyse its behavior under real operational and extreme conditions, collect data and gain real-life knowledge from the construction, operation and maintenance of the unit. The pilot project will last 3 and a half years: 18 months for the planning and construction of the plant, followed by a two-year operating phase.

The ultimate objective is to gather experience to implement improvements and optimizations to future commercial projects.

The need for full decarbonisation of the Economy and the impressive progress of renewable energies have gained in recent years have led to a promising future for floating wind energy. It has a clear role in the transition that our society has been demanding.

Considering that most of the coastal areas in the world have depths greater than 60 meters, floating offshore wind is the best instrument to take advantage of the full potential of the wind to generate clean energy.

SATH Technology (Swinging Around Twin Hull) is based on a twin hull made of modularly prefabricated and subsequently braced concrete elements. The float can align itself around a single point of mooring according to the wind and wave direction.

The technology stands out as the 9th installed worldwide, the 5th European, and the 3rd tested using concrete around the world.